On the 8th of augustus J-Link visited D-FLAG (Japanese only), an incubator organisation for SME’s in the area.

Mr. Nomura of D-FLAG explained the background of D-FLAG and its current activities. In Europe similar projects have started with incubator initiatives. Leiden has a pioneer role with its SME support in the Biotech and Lifescience sector with the Leiden Bioscience Park. J-Link has set its goal to connect these organisations, support and strengthen their relationship. 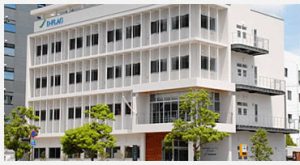 On the 4th and 5th of April J-Link participated in the Qserve Conference 2016 on regulatory topics in the medical device sector.  During this conference inspiring speakers from the medical device industry and healthcare authorities from all over the world spoke on the topics below.

During the conference a broad range of major topics within the medical device industry were discussed, thinking of subjects as: The new medical device regulations (MDR), smartphone applications as medical devices, the new ISO 13485 and how to implement this knowledge.

Osaka – A Japanese team said Monday it has succeeded in curbing the progress of Parkinson’s disease in mice by injecting a protein that helps inhibit nerve cell death.

“We’ve confirmed its strong effects,” said Hideki Mochizuki, an Osaka University professor and team member. “We’ll confirm its safety in other animals so that we can proceed to clinical research with humans.”

Parkinson’s disease is a progressive nervous system disorder. Its symptoms include limb tremors and muscle stiffness. The disease is said to be caused by nerve cell death in the brain resulting from damaged mitochondria in such cells.

According to an article posted on the British journal Nature Communications, the team chose a protein called necdin, which is found both in humans and animals and helps prevent nerve cell death.

In mice with Parkinson’s that did not receive a necdin injection, about 30-40 percent of their nerve cells died as the disease progressed, the article said. Meanwhile, more than 90 percent of the nerve cells were protected in mice injected with the protein, it added.

We wish you happy holidays and all the best for the new year!

On the 6th of november 2015 J-Link visited the 6th International Floriculture & Horticulture Trade Fair (IFTF) Expo in Haarlem and the FloraHolland trade fair at the Flower Auction Aalsmeer.

J-Link visited this event with the professor and researchers of the OKINAWA AGRICULTURAL RESEARCH CENTER from Itoman-City, Japan.

J-Link will host a workshop “your name in Japanese” on the local gathering of the Zeeheldenbuurt neighbourhood in Leiden.

On the 1st of January J-Link and Boston Scientific agreed to extend their cooperation for the interventional cardiology and peripheral field.

Boston Scientific is a leading innovator of medical solutions that improve the health of patients around the world.

J-Link is offering consultancy services for developing clinical training programmes for both sales staff as well as physicians, assisting with proctorships, on-site clinical assistance, consultancy on business development for the BridgePoint medical devices and development of the field of CTO treatment in interventional cardiology.

On the 14th to 17th of May the Annual meeting of the ORL society of Japan was held for the 115th time in Fukuoka, Japan.

This meeting is joined by about 90 exhibiting companies and about 3500 specialist physicians in the ENT/ORL field. In the three days both clinical program as well as commercially sponsored luncheon sessions are held in 10 conference rooms.

We visited the Annual meeting of the ORL society of Japan to represent one of our clients. For this client we are managing the product launch and medical registration in Japan.

From the 24th of November to the 3rd of December J-Link participated in the seminar “Latest Japanese Labor Practices with Reference to Foreign Direct Investment in Japan” organized by The Overseas Human Resources and Industry Development Association (HIDA) in Tokyo, Japan.

The Overseas Human Resources and Industry Development Association (HIDA) is an organization for human resources development in developing countries to promote technical cooperation through training, experts dispatch and other programs.
Through those programs, it aims at contributing to mutual economic growth of developing countries and Japan as well as enhancing friendly relations between those countries. 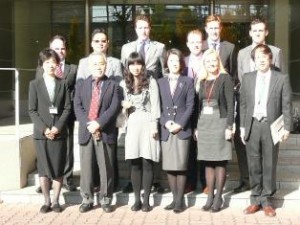 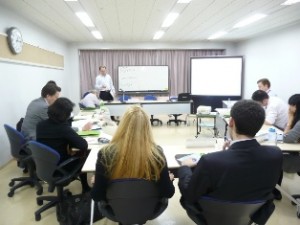